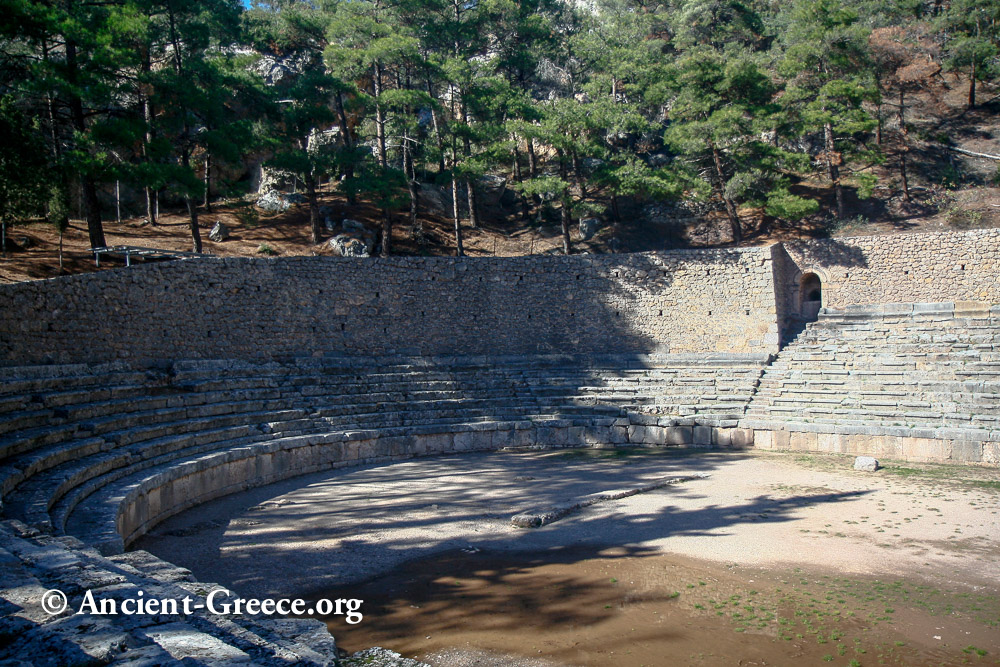 High up the hill, beyond the sacred way and the Theater the ancient stadium is nested. It was built in the 5th c. B.C. and it was remodeled several times during the centuries. Its present form was acquired in the 2nd c. A.D. when Herodus Atticus financed the stone seating and the arched entrance.

Its stone seats could sit around 6500 spectators, and it was used extensively during the Pythian and Panhellenic games for athletic events and for music festivals. Its track is 177.55 m long (about 550 ft.), and 25.50 m wide.