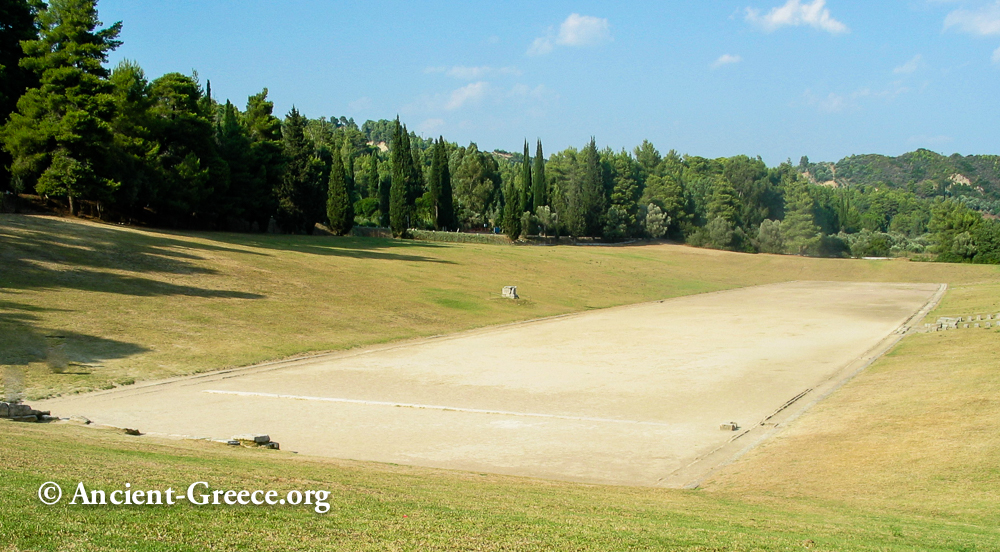 The ancient stadium at Olympia.

Olympia (Ολυμπία) is one of the most influential ancient Greek sanctuaries, located in western Peloponnese, in Elis. It is is positioned in a serene and rich valley at the confluence of the Alpheios and the Kladeos rivers. In antiquity it was famous beyond the borders of mainland Greece for hosting the Olympic Games every four years, starting in 776 BCE.

The archaeological site is located withing walking distance of the modern village called Ancient Olympia and it includes ruins from Bronze Age to the Byzantine eras. The site covers an expanded area of ruins scattered among low trees, as well as the ancient stadium where the Olympics took place. An impressive array of artifacts which were unearthed during excavations are on exhibition at the nearby Olympia Museum.

Next: History of Olympia