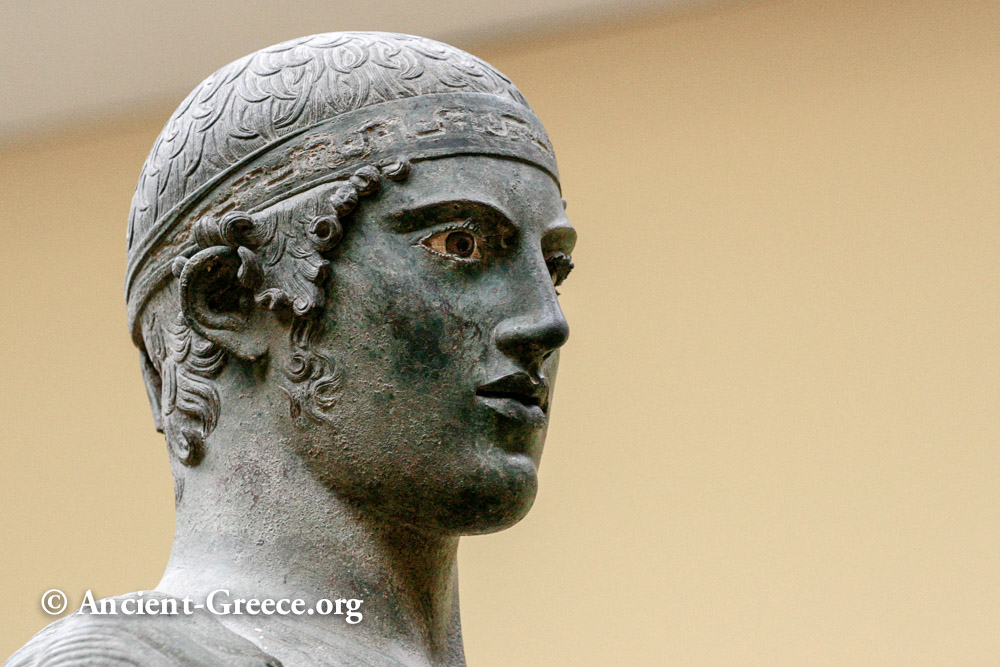 The "Charioteer of Delphi" is one of the best known ancient Greek statues, and one of the best preserved examples of classical bronze casts. It is considered a fine example of the "Severe" style.

The sculpture depicts the driver of the chariot race at the moment when he presents his chariot and horses to the spectators in recognition of his victory. Despite the severity of the moment, the youth's demeanor encapsulates the moment of glory, and the recognition of his eternal athletic and moral stature, with abundant humility.