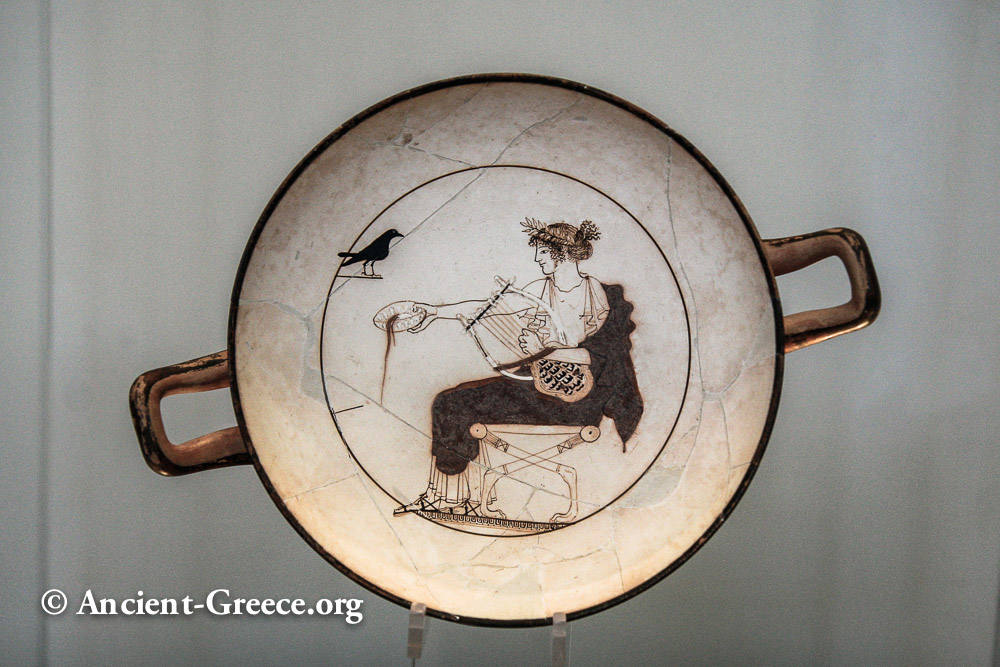 White kylix with a drawing of Apollo. 480-470 BCE.
The god is crowned with a myrtle wreath and is seated on a lion-footed stool. He is holding his lyre and pours libations from a phiale, while a crow or a raven watches from a perch.

The Archaeological Museum of Delphi shelters the extensive artifacts unearthed during excavations at the Delphi oracle and its vicinity. It is located adjacent to the archaeological site, and it is one of the top must-see museums in Greece, mainly because of the breadth and quality of artifacts it includes. The permanent exhibition covers over a thousand years, from the Mycenaean era to the Greco-Roman times.