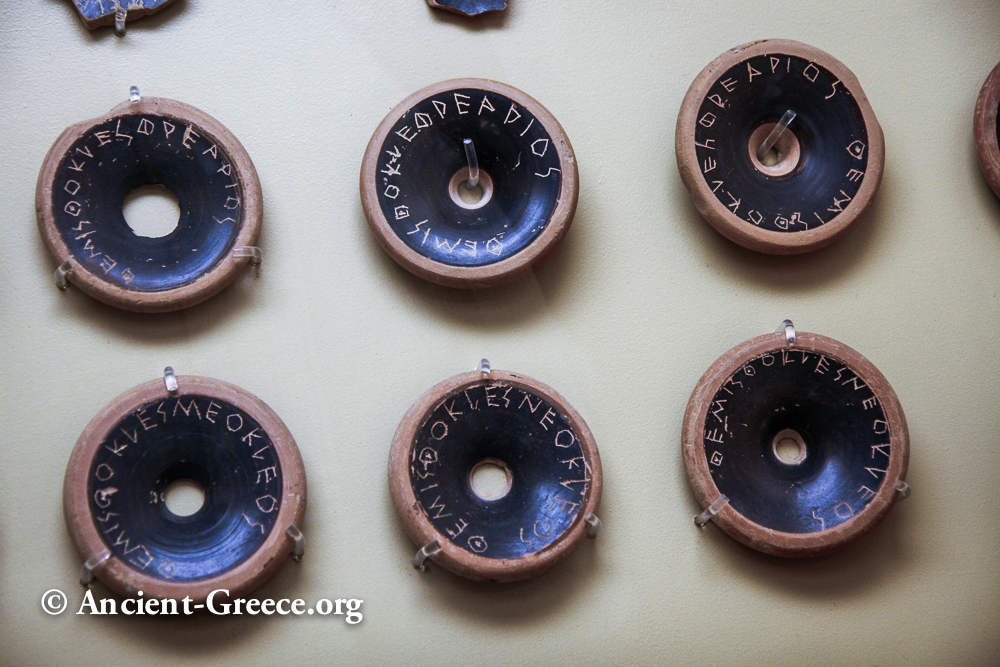 Ostraca. Each has bears the name of"Themistokles"

The Archaeological Museum of the Athenian Agora is hosted in the Hellenistic Stoa of Atallos. The Stoa was rebuilt in the 1950's from the ground up with the purpose of storing the artifacts unearthed in the Agora excavations, and to house the museum where the most important items can be exhibited.

The museum highlights include art dating all the way back to the stone age, every-day life objects, and artifacts directly related to the Athenian democratic functions during the Classical period. Large boards with text provide explanations, and reproduction drawings accompany many important artifacts.

It is a small museum, prone to getting crowded in mid-day, and most of the artifacts are displayed behind glass. The museum's portico is a beautiful area In Ancient Greece, this part of the Stoa would be busy with merchants bartering with buyers behind their benches, and today it is a nice area where one may find refuse from the sun and to get some rest from sightseeing among some beautiful statues from the Greco-Roman era.

History of the Agora of Athens