The Agora of Athens 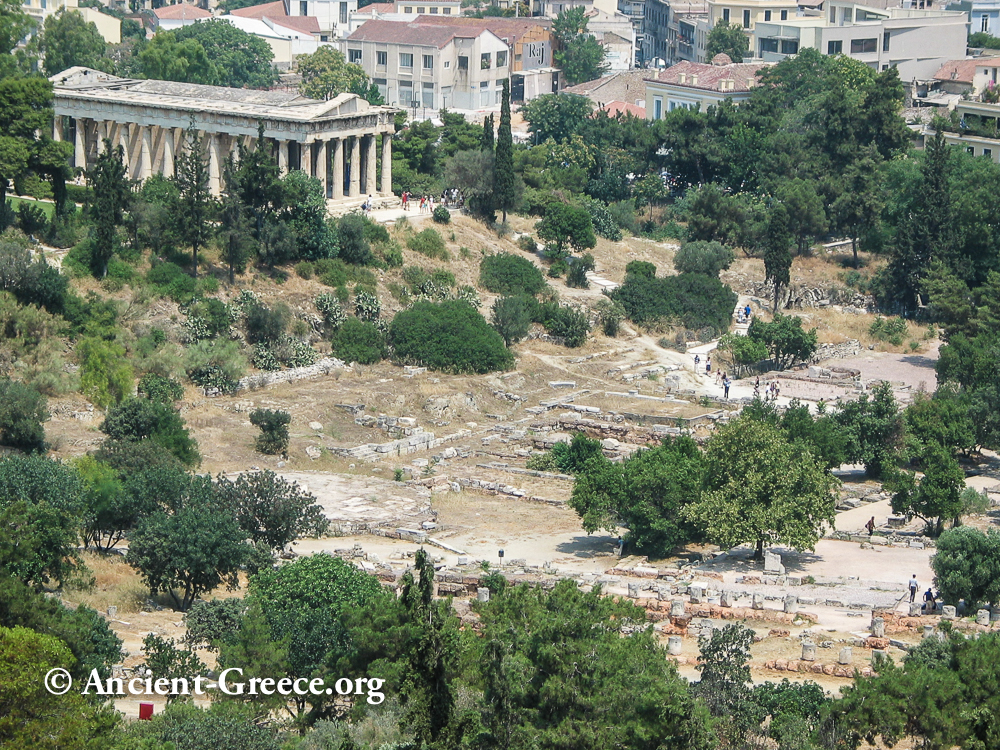 The Agora of Athens with the Temple of Hephaestus

The Agora (Αγορά) of Athens today is an archaeological site located beneath the northwest slope of the Acropolis. The word "agora" applies to an assembly of people and by extend marks the gathering place. In modern Greek the term means "marketplace".

Just about every ancient and modern city includes a place for an agora, and the Agora of Athens, being located at the heart of the city, remained in use either as an assembly, as a commercial, or as a residential area for about 5000 years. Consequently the area has undergone countless building, destruction, and rebuilding cycles. Today this strata of history has been distilled through excavations to expose the Agora's important functions from Archaic to Greco-Roman and Byzantine times.

With minimal restoration for the most part, a visitor would have an impossible task to comprehend the place it its glory days without some historical background. For the most part, for the visitor today, the Agora is not important for the splendor of its buildings, but for the significance of its history.

Contrasting with the austere ruins in the middle of the archaeological site however, two splendid buildings stand as testaments to its past glory: the humble Temple of Hephaestus, which is the best preserved ancient Greek temples from the Classical era, and the impressive Stoa of Attalos--a building of the Hellenistic period that was rebuilt from the ground up based on its ancient appearance.

Next: History of the Agora of Athens

History of the Agora

Altar of the Twelve Gods sees the Light